Pretty Much Everything I know About Early Readers

I've been asked to talk about Early Reader books.

Before I even get into this, a caveat: I am not a literacy expert or an educator. I am not passing judgement about these books, nor am I making recommendations about how to teach your child to read. And, since (for reasons I'll get into below) I have never actually SOLD an early reader... I might make mistakes in this post, which I am happy to correct should a true expert decide to weigh in! :-)

In between the sunny utopia of Picture Book Country, where grownups and kids read together, and the charming cobbled streets of Chapter Book Town, where kids roam independently, there a small stopping place.

Let's call it Early Readerville, sometimes known as E-Z Readerville. It's small - more of a hamlet, really. These are its denizens:

VERY EARLIEST READERS: Phonics books - kids are learning to identify letter combinations and sound out basic words. There plenty of phonics-type programs that utilize some sort of book, but probably the most popular are BOB books and Hooked on Phonics.  These are book-shaped tools, not "real books" per se - you might get hired to create a book like this, but it is highly unlikely (ok: impossible) that you'll just write one and sell it to a publisher. So they don't even count as true citizens of E-R-ville, I just added them for the sake of thoroughness.

LEVELED READERS: The majority of early readers fall into this category. These books are generally thin, cheap, brightly-colored paperbacks with a big ol' number stamped on them. The numbers go from PRE-LEVEL 1 (very basic, short, repeated sounds - "Go Dog Go" type stuff) -- up through LEVEL 4/5 (depending on the company), which are much more complicated texts, but still short and with tons of pictures. These readers will probably conform to some sort of readability guidelines regarding the number of  words or syllables per page.

Most children's publishers have some sort of early reader line, here are some major examples:

What you may notice from looking at those links or taking a spin around the spinner rack of your local bookstore:

There's a short window: Most kids are only in Early Readerville for a short time, compared to the length of time they linger in Picture Book Country or Middle Grade City. Leveled Readers are meant to be a swiftly-passing phase.

They're inexpensive: Most leveled readers sell for about $3.99 -- Publishers must produce these books VERY CHEAPLY and know they can sell A LOT OF COPIES to make it worth publishing a title in these series. Thus, leveled readers are often work-for-hire, or simply written in-house by editors, and/or generally feature characters they know have established brand-recognition.

Originality is not the first consideration.  Kids love familiarity, and as I said, "brand recognition" is important. So on that spinner rack, I'd bet at least 50% of the books are licensed properties, spin-offs from popular movies and TV shows. (Muppets! Avengers! Wreck-it Ralph! Little Mermaid! Transformers! Angry Birds!). Another 25% or so are spin-offs from already-popular picture book characters (Olivia! Pete the Cat! Madeline! Eloise! Pinkalicious!). Let's say 13% are kid-friendly non-fiction topics that pretty much stay in print for ages (Volcanos! Meerkat Families! George Washington! Titanic!), and 10% are  evergreen classics (Frog and Toad! Biscuit! Little Bear! Henry and Mudge!)...

What all this means: If you're crunching the numbers at home, that means only 2% or so of Leveled Readers are actually new, original stories, unaffiliated with any other book, movie, tv show or game. I made those numbers up, but I'd bet if anything I'm being too generous. Out of the many hundreds of writers I know, I believe only two (2) have written and sold an original mass market leveled reader.

Sooo... while you might be asked to write one of these work-for-hire on an established topic, it's relatively unlikely you're going to sell an original leveled reader. 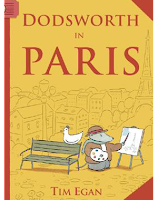 ORIGINAL EARLY READERS: Non-leveled early readers  are, generally speaking, released in hardcover first, or simultaneous hardcover/paperback. They are usually more expensive, both in terms of retail price and production value (the look/feel, the quality of the paper, binding and art). Sometimes, after they've been out for a while, they get re-packaged into leveled reader editions.

There are not a lot of original early readers published in any given year, and very few of the few are one-offs. Most of the ones that are published are installments in original series by already established authors: DODSWORTH by Tim Egan,  MR PUTTER AND TABBY  by Cynthia Rylant, ELEPHANT AND PIGGIE by Mo Willems, for examples. Again, "brand recognition" comes into play, only this time the brand is an author/artist rather than a comic book character.

CAN a newbie break out with an original early reader book? Sure, it just doesn't happen very often.

TRANSITIONAL READERS:  There is also a relatively new micro-trend I noticed at ALA: books geared toward emerging readers who are pretty good, and out of Leveled Reader territory, but still not quuuuuite fluent enough for regular chapter books.  These are more sophisticated and cool-looking than the typical leveled reader, but with more illustrations than the typical chapter book.

These are so new, it's hard to say if this is something that is going to flourish and spread to other publishers or not. Prime example: Scholastic BRANCHES - which seem to be partly work-for-hire and partly original, but certainly always very kid-friendly and commercial.

TO SUM UP: I'm not saying you CAN'T or SHOULDN'T write an original early reader book if that is where your passion lies. I'm just saying... it might be an uphill slog. You up your chances if the book is totally adorable and hooky, or if you're an artist, too. Or, you know... if you're already a popular picture book author/illustrator.

I would strongly suggest, if this is your goal, you go to the library and check out the past winners of the Theodore Seuss Geisel award. It is for early reader books of exceptional merit. Since so very few original books are produced every year for this age range, it will be easy for you to acquaint yourself with all these titles. (Bonus: They are super short!)
Tweet
Posted by Literaticat at 8:22 AM 14 comments: