How Did I Find My Clients?

I read a forum post this morning quizzing agented authors on where they found their agents. The authors were very nicely answering, but most of the answers were the same: "I did my research and then sent a query letter."

Why was this the most likely way they answered? Because it's the most likely way to get an agent.  It just IS. I know the myth is that you have to "know somebody" but that really isn't true. Which got me to thinking about how my clients found ME (or, vice-versa). And I decided to bust out the chart-making tools again because I know you like that.

So let's break it down:

56% of my clients came to me because of straight up query letters, from the slush. They didn't know anybody, they didn't drop names, they weren't published before, they didn't go to conferences, they didn't meet me first - some of them I still haven't met in person, because they live thousands of miles away!

24% of my clients were people that I'd met somewhere before they queried me. These are people I met at conferences, in a couple of cases, or published authors that I met in my capacity as a bookseller. (There's also a former co-worker in the mix, an SCBWI RA, and one of my neighbors. What can I say, she's a great writer!). The thing is: All these people STILL HAD TO QUERY. It's not like I said, oh, I know you, so sure... they still had to show me something I thought I could sell.

16% of my clients were referrals. This means that somebody I really trust - like an editor who knows my taste, or an existing client - thought this would be a good fit for me, and e-introduced us. But, you guessed it: These people STILL HAD TO QUERY, and show me something I thought I could sell.

4% of my clients were inherited from other agents at my agency. They actually are the only people who were kinda "grandfathered in," and did not have to show me something new to be taken on. However, I also trusted that they could write, that they had great stories in them, and that we'd gel well - and we spoke before I took them on. Still, this does not always work out, so I feel very lucky that these have! 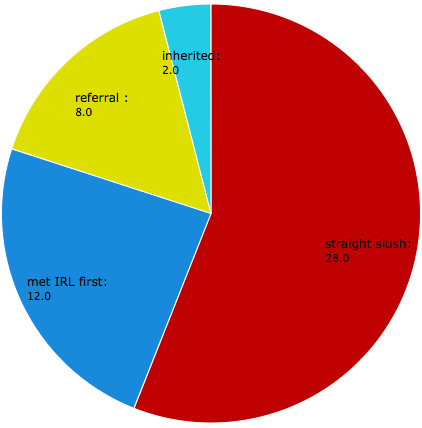 Moral of this story?

96% OF AUTHORS NEED TO
WRITE A GREAT QUERY LETTER. 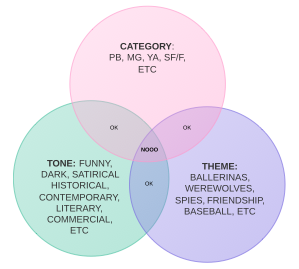 Does this make sense? Helpful, or have I muddied the waters even further?
Tweet
Posted by Literaticat at 9:35 AM 13 comments: